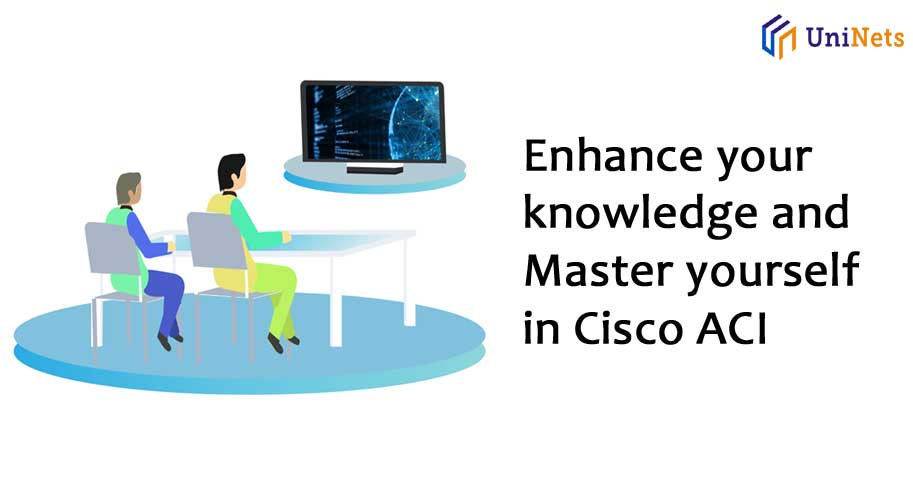 In 2013, Cisco ACI (Application Centric Infrastructure) was first introduced and it turned out to be a introduce SDN (Software Defined Networking) solution. Throughout these years, there was an important need of having an efficient networking device configuring processes in place for networking corporations. This need arose as a result of enterprises was hard to please a simpler methodology to assemble the networking system in order to eliminate the requirement of having to configure each router and switch manually. The way how data centers used to assemble before the release of Cisco ACI has fully modified and has currently become more efficient, reliable and seamless. They are much targeted on the complex networking modules and thus lack the supreme ease of practicality.

One of the market-leading Software Defined Networking offerings is Cisco Application Centric Infrastructure (ACI), multiple occupancy; intent-driven solution that gives several developed networking and security abilities in data centers because the name implies ACI targets on the implementation that operate the business instead of the network outcomes. It provides a centralized platform to manage application policies across each physical and virtual capability of working. A key benefit for organizations moving to a virtualized, software-defined environment like ACI is that it allows and supports micro-segmentation. Such segmentation makes it considerably easier to guard applications and information by constricting the capability of hackers to move laterally across networks.

ACI’s takes micro-segmentation capabilities even more by permitting individual servers to be isolated virtually into secure zones within the data center. This level of granular application traffic-filtering used to be prohibitively valuable and complex in hardware-based environments, however virtualization has made it a viable possibility.

How Does Cisco ACI Work?

ACI being a policy-based networking solution combines the goodness of software and hardware capabilities. ACI’s hardware side is build up by The Nexus 9000 switches and parts like data center policy engine and additional data center pod contributes to its software surroundings.. Network administrators and policymakers can now mold the ACI’s policy so as to work with the virtual switches by using Cisco AVS (Application Virtual Switch).

Cisco ACI’s is more or less similar to other solutions that were being used by enterprises in the past few years. But if we differentiate it from other solution providers, its policy and management infrastructure is actually exceptional. And since the infrastructure integrates with the networking protocols, enterprise data centers can currently make full use of their data fabric.

The support for VLAN and VXLAN makes it far way similar for networking engineers to host a purposeful network or domain as per the need. Furthermore, the NV-GRE (network virtualization routing encapsulation) further relieves the procedure.

For Networking Managers, ACI’s central SDN united with APIC (Application Policy Infrastructure Controller) arrange and sets up the network policy on every switch that work within the ACI Components. Moreover, the need of having to compose the hardware terminates with ACI. The networking engineers do not have to configure the device manually after ACI. The APIC functions as a hub source for all the policies together with offering the capability to position and re-position the hardware components.

Enterprises may integrate Cisco ACI with various kinds of cloud-environments, thus making it more functional and powerful. A significant modules like managing the data security, balancing the workloads, and monitoring the progress has become more efficient.

The Benefits of Cisco ACI

Rather than organizing and configuring multiple no. of data-center switches, the ACI works as a center-point which hosts all the routers and switches. And since there is only a single logical network hub being operated, it becomes far less-complicated and more manageable for networking engineers to monitor different switches and routers.