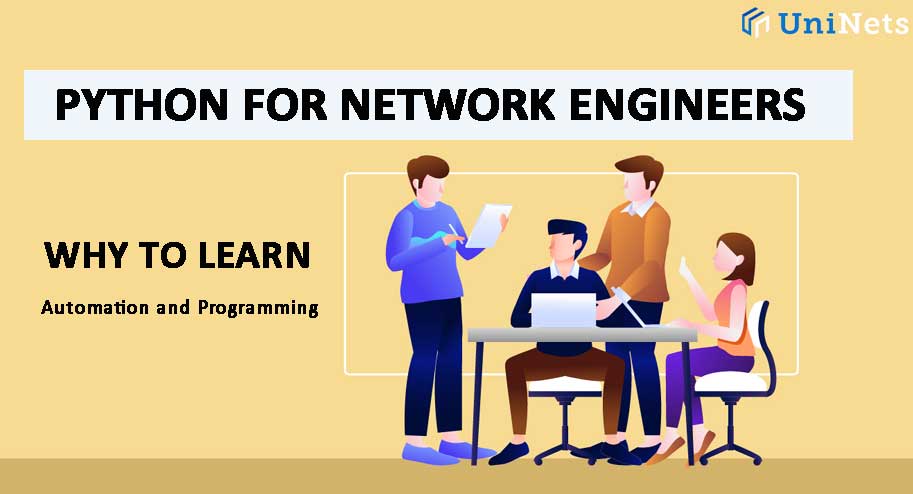 Python Automation and Programming has changed career growth rate of Network Engineers. Many of them think why python for network engineers is required when they have other people to do the same task. When their organizations are having people to do all programming works, why should they add Python in their resume? The answer is Python add value to your resume. A Network Engineer with Python is given more preference than just a Network Engineer and we all know about the competitive scenario we are going through.

A time will come soon when these type of coding languages like JAVA, C++ and Python will become compulsory and a must thing. The Salary become increases rapidly and in some cities in foreign have so much scope of Python.

Why is python important?

In this dynamic world where everything changes at a speedy rate, the popularity of Python never seems to stop. Today, Python Certification is one in every foremost sought-after skill within the entire programming domain. But have you ever imagined if it is really worth it? If yes, where can it take you? Apart from these, there are few other questions which might be bothering you. In this article, we have tried to answer all such questions regarding Python Career Opportunities and the growth it gifts to Network Engineers.

All they required to understand was the way of configuring networking devices, how to deal with routers and switchers through commands, etc. But now, times have modified. The network engineer should have a good knowledge of writing code in this passionately competitive era. If he doesn’t know, then he is considered to be not keeping pace with the current scenario and understanding Python is critical to your success as a network engineer.

Also, it has plenty of libraries that support data analysis, visualization and manipulation. Therefore, it has evolved as the most chosen language and considered to be the “Next Big Thing” and a “Compulsion” for Professionals. Today, we will discuss about different Python career opportunities available for a Python programmer.

It never hurts to learn a new programming language. If your organization is using software-defined networking (SDN), keep in mind the networks provide interfaces to scan and monitor automatically. Automation tools like Chef can handle some of the grunt work, releasing up time for your networking pros. However, admins should still understand the method of writing their own scripts. Whether you take on Python, Java, Ruby, or any other programming language programming is growing more essential to IT.

What Is The Responsibility Of A Network Engineer?

A network engineer is a technical specialist who handles the controlling, designing, planning, and taking care of computer networks. The demand for a network engineer is growing rapidly. It is of additional importance, if network engineer has Linux skills. The network engineer needs to be update due to new technologies introductions every day. There has been a vast increase in software-defined networking for the past few years.

Learning Python Will Be Highly Useful For Network Engineer

Python language has turned out to be one of the most recognized programming languages of recent times. The network engineers can also gain from it, this talent is most sought after by employers. Well, as you have understood by now, coding is crucial for the present network engineers; however, the network engineer is not going to concentrate only on it. This is where Python enters. You needn’t learn complex languages like C++ or Java but learn Python and take your networking career to the next level.

It is a simple tool for the management and server configurations and tasks. Python is that you require only less number of the code which is one of the main advantages. If you are an aspiring IT consultant, network engineer, or network consultant, then you will gain a lot after learning Python.

The lowest line is that networking engineers should also have programming skills to utilize the new tools and also the latest programming wave.

A Python developer can be expected to:

These are some of the job profiles an individual can go for after completing Python. As it is said learning some new is never a loss.

Nowadays, Python has become one of the most crucial coding courses for network engineers. As the demand for network engineers are increasing, the competition is going to be tough. You need to be unique or have some unique skills so that you can be the one, companies are looking for. After all, there is no harm in learning a new programming language, and if you do so, you will gain the edge over others. And the Python will be must and compulsion for networking engineers in coming time. Moreover, Python will increase your pay scale too and help you to reach a high level.

To get instructor-led training with industry experts, you may contact us: https://www.uninets.com/