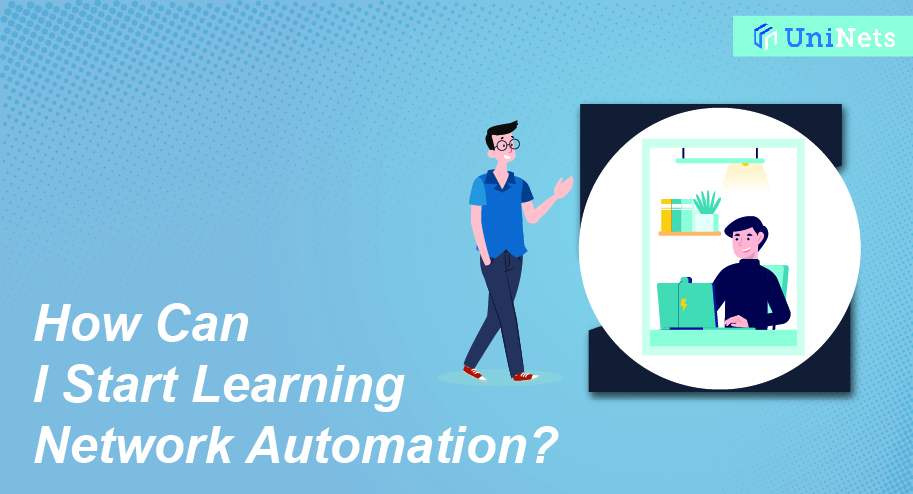 Many of the Networking engineers are in confusion and search why should they learn network automation or learn how to work with Python, Gits, Linux and others. We have already discussed about network automation and course content you need to go through.

Network automation is a process in which configuration, managing, provision and testing of network devices through software automatically. It is mainly used to improve efficiency and decrease error made by humans and is used by mostly enterprises and service providers.

Now coming on how to learn network automation and develop software. For this you need to learn Python as it has become the main programming language in recent times.

Coming on to the benefits of network automation, there 3 main benefits which are described as follows:

Saves time and efficiency: One of the main benefits is it improves efficiency as humans no longer have to operate time-taking tasks by automation functions on network devices.

Reduce human error: Working with automation means you need to set up the tasks correctly at once. So, at this place automation is needed where human error are considered less and the consequence of a incorrect entry or miscalculation can lead to incomplete task and would be totally wastage of time. As we all know that manual tasks are prone to human error.

Operational expenses become low: This benefit is the combination of the above two items. Businesses, companies or organization can be operated with greater agility and speed by reducing manual tasks around network device. Network automation helps users to complete their task with less or no error and in less time.

How to learn network automation

There are three types of candidates who would be learning network automation i.e. beginners, know basic of it and lastly candidates who have used little bit of it.

So, firstly talking about beginners, if you beginner you should go in a sequences of learn network automation. You should start learning from linux, Ansible, Python and then Git. But Cisco has adopted Python as the main programming language. Learning automation is not so difficult if you have desire to learn it just you will have lot of opportunities once to are ready to operate these.

Now coming to candidates who know basic of it can start with linux and Ansible installed and can start with backing a configuration file or running a simple command once you are done with it you can increase you work and start with more test devices. Just keep one thing in mind that everything has it pros and cons, if it is providing you benefits it can also be harmful or can destroy your network if things get wrong. So you should be careful while using it.

Lastly candidates who have used little bit of coding. When you would have written code you will release one of the two things either you will confident in working with network automation platform and will be comfortable using it. Or you want to do more practice and learning automation.

As you already know that Python is one of the main language opted by Cisco as Python is very good at performing scripting tasks, which is the role of network engineers these days. So, to reduce manual errors and improve work efficiency in less time Python has taken place in networking field. Learning one thing will never harm you, it will help you in your life someday and Learning Python will be essential things for networking engineers.

Let’s discuss the important of network automation and know the reason why network engineers are asked to learn automation these days. The number of devices both on site and cloud is increasing at tremendous rate as the network is getting more and more complicated day by day. Even we don’t have so much man power to configure networks without automation today. Now, either you can increase you man power who are aware about automation so that the work can be done without human error and in less time period.

Nothing is difficult to learn and Python is just like English language to read so, focus and start learning network automation which will make your configuring, managing, testing, deploying, and operating easier. If you decide to expand your network at a scale it will cause problem to you as 95% of network changes are done manually today. Moreover, it is beneficial for you to start learning network automation and make a new start in the field of network.

What you will learn